Gender Differences in Vulnerability to Addiction

Despite the fact that addiction affects both men and women equally, studies have found that there are specific gender differences in vulnerability to substance use disorders. For example, men are more likely to seek treatment through the criminal justice system, while women are twice as likely to be referred to treatment through community agencies. While women are often less able to seek treatment due to stigma associated with substance use, they are just as likely to benefit from effective treatment.

Although men and women have historically had higher rates of substance abuse, ongoing studies show significant gender differences. These differences exist for all phases of substance abuse, including alcohol, heroin, prescription opioids, and illicit drugs. In addition, women tend to self-administer licit substances at lower doses than men, and their use escalates more rapidly to addiction. Furthermore, women are also more likely to relapse after abusing substances, indicating that there may be underlying differences in the way women and men approach addiction.

These findings suggest that men and women have different neurobiological processes that affect their vulnerability to substance abuse. This may be related to their brains' sensitivity to stress, motivation, and learning. However, this research is far from definitive. More research is needed to determine the exact role that gender plays in the development of addiction. This new understanding could help us develop gender-tailored treatments and prevent addiction. In addition, it may also help inform personalised medicine.

A recent study published in the Journal of Molecular Sciences outlines how gender differences on a biological and molecular level impact the binge drinking behavior of men and women.

"Alcohol use disorder remains a substantial social, health, and economic problem and problem drinking levels in women have been increasing in recent years. Understanding whether and how the underlying mechanisms that drive drinking vary by sex is critical and could provide novel, more targeted therapeutic treatments. Here, we examine recent results from our laboratories and others which we believe provide useful insights into similarities and differences in alcohol drinking patterns across the sexes. Findings for binge intake and aversion-resistant, compulsion-like alcohol drinking are considered, since both are likely significant contributors to alcohol problems in humans. We also describe studies regarding mechanisms that may underlie sex differences in maladaptive alcohol drinking, with some focus on the importance of nucleus accumbens (NAcb) core and shell regions, several receptor types (dopamine, orexin, AMPA-type glutamate), and possible contributions of sex hormones. Finally, we discuss how stressors such as early life stress and anxiety-like states may interact with sex differences to contribute to alcohol drinking. Together, these findings underscore the importance and critical relevance of studying female and male mechanisms for alcohol and co-morbid conditions to gain a true and clinically useful understanding of addiction and neuropsychiatric mechanisms and treatment." 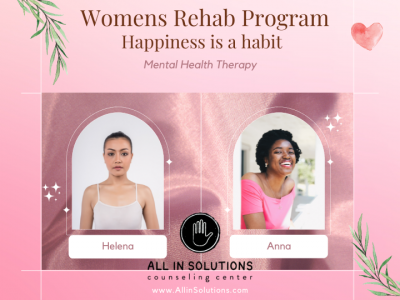 Due to the differences that contribute to addiction in men vs women, it is often effective for men and women to seek treatment in a program that offers gender-specific plans. Men's rehabs offer a male-only environment where patients may feel more comfortable expressing themselves openly and are free from the distraction of sexual relationships. Women's rehabs are often more comfortable for women who may have sexually related trauma that contributes to their substance abuse. In these female-only environments women feel safe and can begin to heal.

While men and women drink and drug for different reasons and their addictions may be rooted in different mental health conditions, recovery is possible all the same. Those who struggle with substance abuse are advised to reach out for help. The Substance Abuse and Mental Health Services Administration provides resources across the country for individuals seeking treatment.