By July of 2020, 16.eight million individuals within the US contaminated with SARS-CoV-2 and didn’t understand it

A seroprevalence study of nearly 10,000 people in the United States in the first six months of the COVID-19 pandemic suggests there were at least five people with undiagnosed disease for every case diagnosed.

The severe acute respiratory syndrome coronavirus 2 (SARS-CoV-2) responsible for the COVID-19 pandemic causes no symptoms in some patients and severe disease and even death in others. The disease’s true prevalence is thus difficult to gauge because of a large proportion of asymptomatic cases.

However, even asymptomatic patients develop an antibody response to the virus’s spike, nucleocapsid, and envelope proteins. Thus, testing for antibodies in the blood, or seroprevalence, can be used to characterize the spread of the virus.

To understand the virus spread in the United States (US), researchers performed a seroprevalence study of people who had never been diagnosed with COVID-19. The team published the results of their study in the medRxiv* preprint server.

Seroprevalence study of a representative US population

From more than 240,000 volunteers recruited between April and August 2020, the team selected 11,382 participants who were representative of the US population. They did this by using an initial survey to collect demographic information and then aggregated the data into different sub-categories. Target sample sizes were determined from the US census.

The team analyzed the blood samples for 9,028 participants, the majority collected between 10 May and 31 July 2020, for antibodies using an ELISA assay. For weighted analysis, the team used results from 8,058 participants who had complete clinical questionnaire data.

They found 304 of the samples were positive, or 4.6% of the undiagnosed US population. Using this data, the authors estimate there were about 4.8 undiagnosed cases for every diagnosed case. This suggests there could have been about 16.8 million undiagnosed cases by July 2020 compared to the US’s reported 3 million cases.

The results suggest COVID-19 was more widespread in the US during the first six months of the pandemic than data reporting confirmed cases using diagnostic tests. Patterns in the seroprevalence data match well with patterns in the diagnosed cases, such as higher seropositivity in densely populated urban areas is similar to that seen in the SARS-CoV-2 spread initially. The Midwest, South, and West had lower seroprevalence initially before a significant increase was seen later.

People with other diseases like diabetes, heart conditions, and asthma, which are associated with severe disease, showed lower asymptomatic infection compared to the national average. 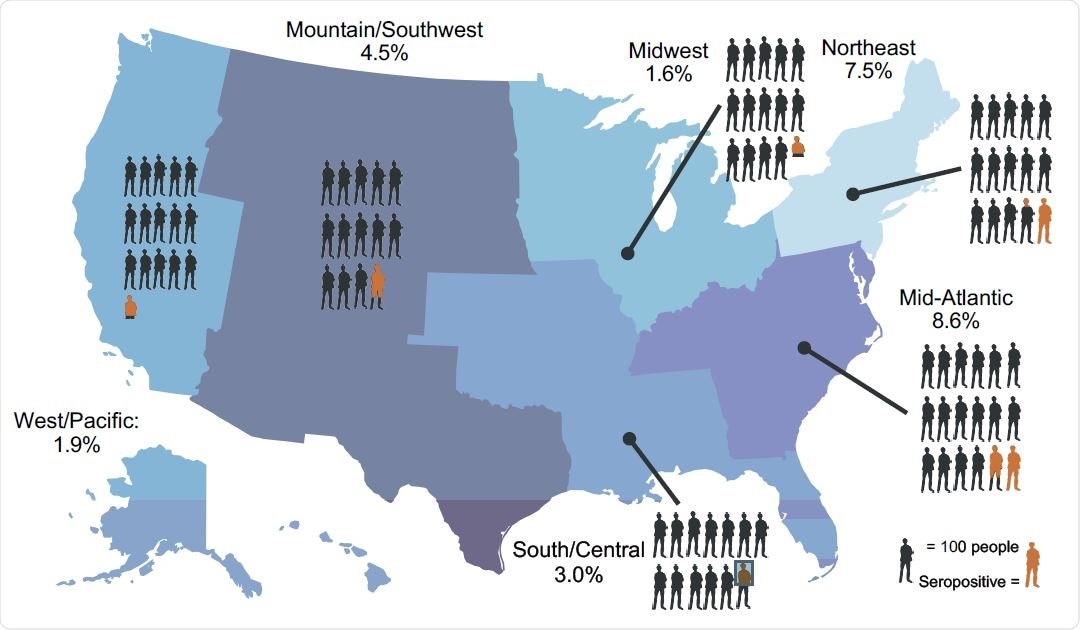 The authors note some limitations of the study, including a selection bias of participants, who were more educated and had access to healthcare compared to the general US population. There could also be disease variables other than census and behavioral data that were not accounted for.

“These data suggest a higher level of infection-induced immunity exists in the population and the size of those with this immunity is even greater now as the virus continued to spread in the months since this study was performed,” write the authors. This may potentially impact vaccination and other public health measures.

More long-term studies on immunity in the population will be needed to understand how immunity from infection affects vaccine response and if herd immunity could be a factor in curbing the virus.

Well being, Health and the Tao of Useful Bodybuilding